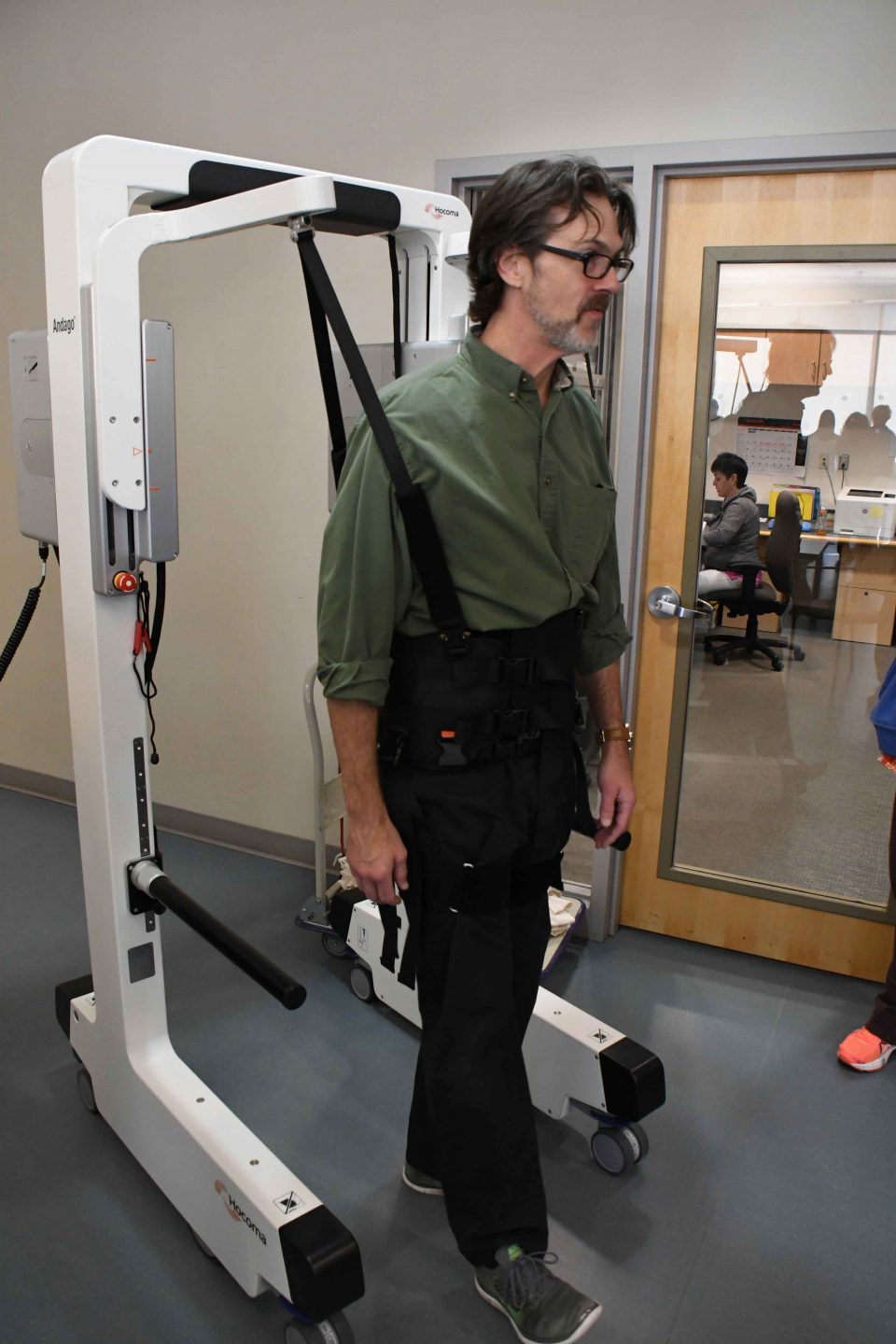 Alan McGill, PT is a big fan of using the Hocoma Andago for gait training. He knows all about the benefits, because he has spent a great deal of time in its harness, mastering its capabilities. 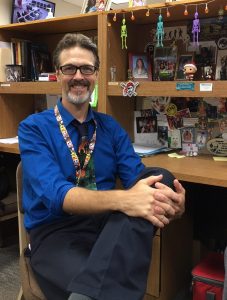 “The Andago is a bodily support system,” said Alan. “It feels like you are lifted, and your weight is removed, so you don’t have to put as much effort into walking.”

“It is very sensitive, and it responds to your movement,” he explained. “You are not pulling it like a horse pulling a plough – when you move, it moves with you.”

“I like it because patients can walk greater distances with the weight taken off. I had a patient with a quad cane who was only walking 30 feet. Her first time in the Andago, she was able to do 90 feet. Patients get a better cardiovascular workout, they go longer distances, and have better gait mechanics.”

Patients love it because they get immediate gratification. Even if they were struggling to walk, in the Andago, “they can walk on their own. It is almost instant, and it feels normal.”

Another benefit is that the Andago is easy to clean.

“We spray down the harness between patients, and spray down the machine.” Even though the Andago is designed to fit through doorways and even into elevators, Alan said, “We also limit using the Andago to the second floor hallway for our outpatients, to further reduce risk.”