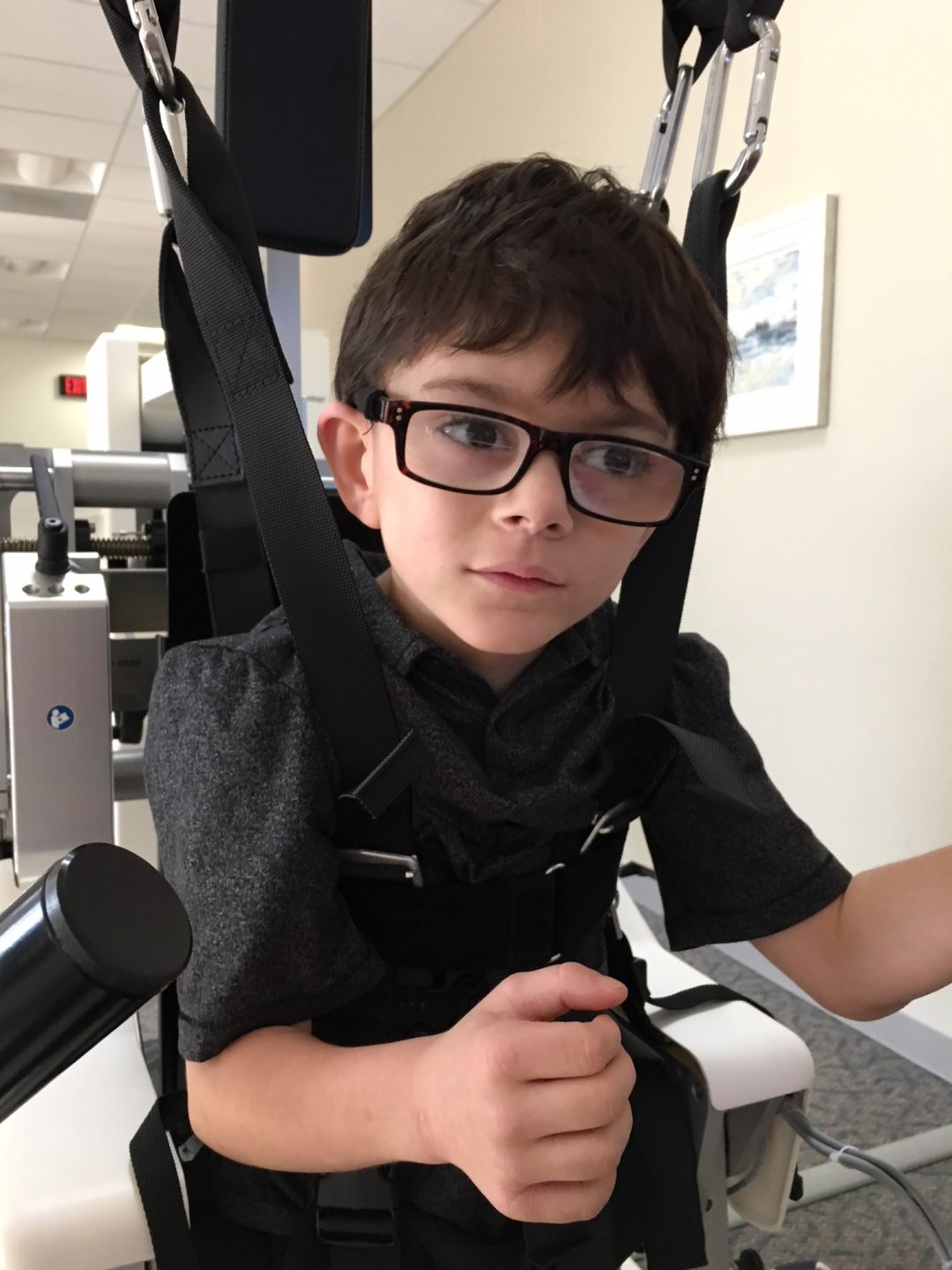 Andrew watches his favorite youtube videos while he is walking on the Lokomat.

Annette Alegret first heard about Bacharach through Mora Pluchino, a physical therapist who works at Bacharach. Mora was working with Annette’s son Andrew, who has cerebral palsy, at a medical day care.

“My son Andrew was originally going to physical therapy at the Children’s Hospital of Philadelphia,” said Annette. “The therapy hours didn’t always fit with my work schedule. When I heard about Bacharach I knew it was the perfect fit because they had afternoon hours and Andrew would get to continue to work with Mora.”

Andrew, who has been going to Bacharach for physical therapy since he was 3, has recently started using the Lokomat Pro, a robot that helps with gait training, during his sessions.

“I first came across the Lokomat when I was doing my own research,” said Annette. “Mora knew about my interest in the robot and told me that the Lokomat was one of the new robots coming to Bacharach and that she had referred Andrew. It’s amazing that this technology is in our area and it’s huge for us because before Bacharach got the Lokomat the closest facility with the robot was in Philadelphia, which would’ve been a very far ride for us .”

Since Andrew started using the Lokomat, his walking has already started to improve. “It’s amazing to see his progress in a short amount of time. One of the greatest things about the Lokomat is that we can quantitatively see his improvement,” said Annette, “He is able to walk for longer, has better balance and he’s doing stuff he wasn’t doing before like jumping up and down on a trampoline.”

Andrew loves using the Lokomat and has told all of his classmates about his new treatment.

“All the Bacharach pediatric therapists have been so accommodating and they work with Andrew so well,” said Annette. “In our family we never say that Andrew can’t do something; that phrase is not in our vocabulary. Andrew’s therapists have supported that belief whole-heartedly and push him to accomplish his goals.”