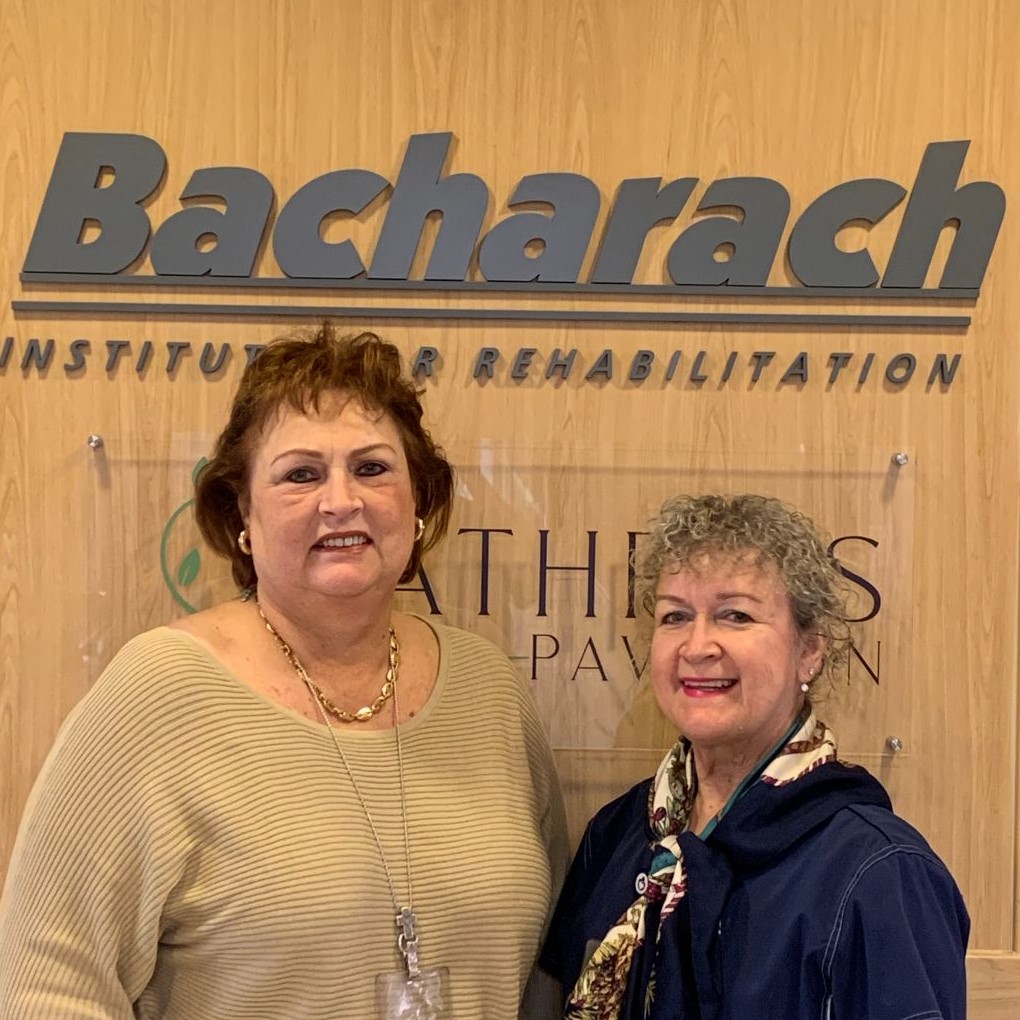 Tess and Cheryl began working at Bacharach within months of each other in 1979, when Tess was an LPN on the11 -7 shift, and Cheryl was an RN and Team Leader, having graduated from Muhlenberg Hospital School of Nursing.

By 1981, Tess was back at school, earning her RN from ACC, while working full time at Bacharach.

Promoted to Nursing Supervisor for 3 – 11 shift and working part time, in 1982 Cheryl earned her BSN through Richard Stockton College.

A few years later, in 1985, she and Cheryl both passed the rigorous exam to become Certified Rehabilitation Registered Nurses.

Back to school for Tess – who received her BSN through Stockton in 1989. She went on to Trenton State College where she earned two master’s degrees, an MSN in Nursing Administration in 1998, and then a second to become a Family Nurse Practitioner in 1999. During those ten years, Tess was Assistant Director of Nursing at Bacharach. She received board accreditation from ANCC in 1989 and has been an Advance Practice Nurse since.

Later, Cheryl worked full time as an Admission Liaison and Case Manager for the Best Step program created to give patients time in subacute before transition to acute rehab. She has also served many times as a mentor to student advanced practice nurses in the clinical field.

Cheryl enrolled in school again, this time in Stockton’s first class for master’s prepared nurses, from which she graduated with an MSN in 2001. She has also remained active with the South Jersey Chapter of the Association of Rehabilitation Nurses, serving as president for more than ten years. Tess has been involved as well, acting as Treasurer since its inception in 1992.

Says Tess, “Advancement in the Nursing profession and commitment to Bacharach’s mission and vision is my best accomplishment!”

Cheryl says the best part of her job is “collaborating with caring people who want to give patients the best of care. My role today is as an advocate for my patients as I follow quality of care guidelines and protocols for quality patient care.”

Today, after 42 years of working together, and even sharing a tiny office, Tess and Cheryl are sharing their job. “We are sharing a full-time job while we transition towards Our Golden Years in the wonderful profession of nursing,” says Cheryl.

It would be hard to find two people more committed to Bacharach’s mission than Tess Enterlante and Cheryl Weber. They have demonstrated a life-long devotion to the field of nursing, and of clinical and professional development in the pursuit of always improving patient care.