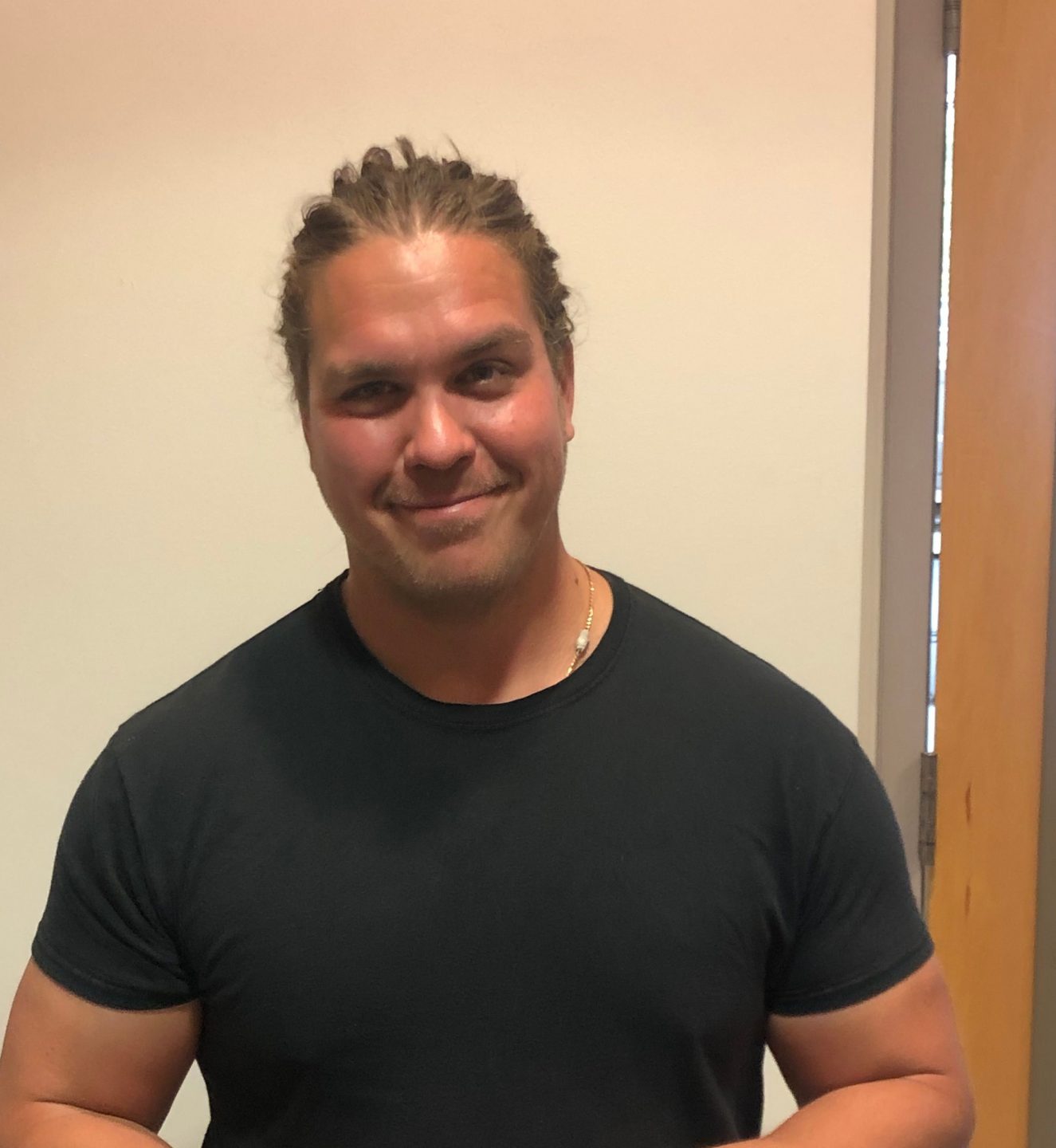 Dante Brunelli, PT, DPT, is a graduate of Stockton University’s Physical Therapy Program, where he also earned his undergraduate degree. His first job at Bacharach was as a physical therapy/transportation aide, which he held while attending school full-time.  He has a wealth of experience in both inpatient and outpatient rehabilitation, and a keen interest in Bacharach’s gait training robot, the RT300.

The RT300 is a stationary bike that is used by people who have suffered some kind of upper motor neuron insult or injury, including spinal cord injury, stroke, and brain injury.

“The RT300 is considered a robotic gait trainer. It has the capability of passively moving both upper and lower extremities in a pedaling movement pattern as well as providing Functional Electrical Stimulation (FES) to muscle the selected muscle groups,” said Dante.

“The robot provides stimulation in the pedaling motion so that the patient gradually builds strength in the stimulated muscle groups.  The therapist selects muscle groups for stimulation, which can be unilateral or bilateral.  Muscle groups could include ankle plantar flexors and dorsiflexors, the quadriceps, hamstrings, gluteus maximus, lower abdominal muscles, and lumbar erector spinae.” 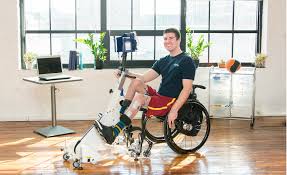 “The benefit is that it strengthens muscles and increases cardiovascular capacity. This increased cardiac strength and endurance would translate to decreased resting heart rate over time.”

“I’ve had anecdotal reports of improved bowel/bladder function from SCI patients, and I’ve seen hair growth return to legs due to increased blood flow and improved dermal health, as well a decrease in abnormal muscle tone and spasticity,” said Dante.

Does the RT300 Reduce the Risk of Other Complications?

“Ideally a person would use the bike 3-5 days a week, but no adverse effects come to mind if a person were to use it every day starting at 20 minutes/day and increasing gradually as tolerated.”

“The bike would be a great addition in someone’s home. Bacharach’s goal in using the bike is to help the patient and caretakers to become independent in the process of setting up on the machine.  The therapist is primarily the educator and provides the initial set up of the unit in the clinic by setting maximum and minimum stimulation parameters.  The machine practically progresses the patient from there.”