News
Greggory Reinbold, MS, Graduates USC Marshall School of Business, While A Patient
in Testimonial on May 17, 2021
Share 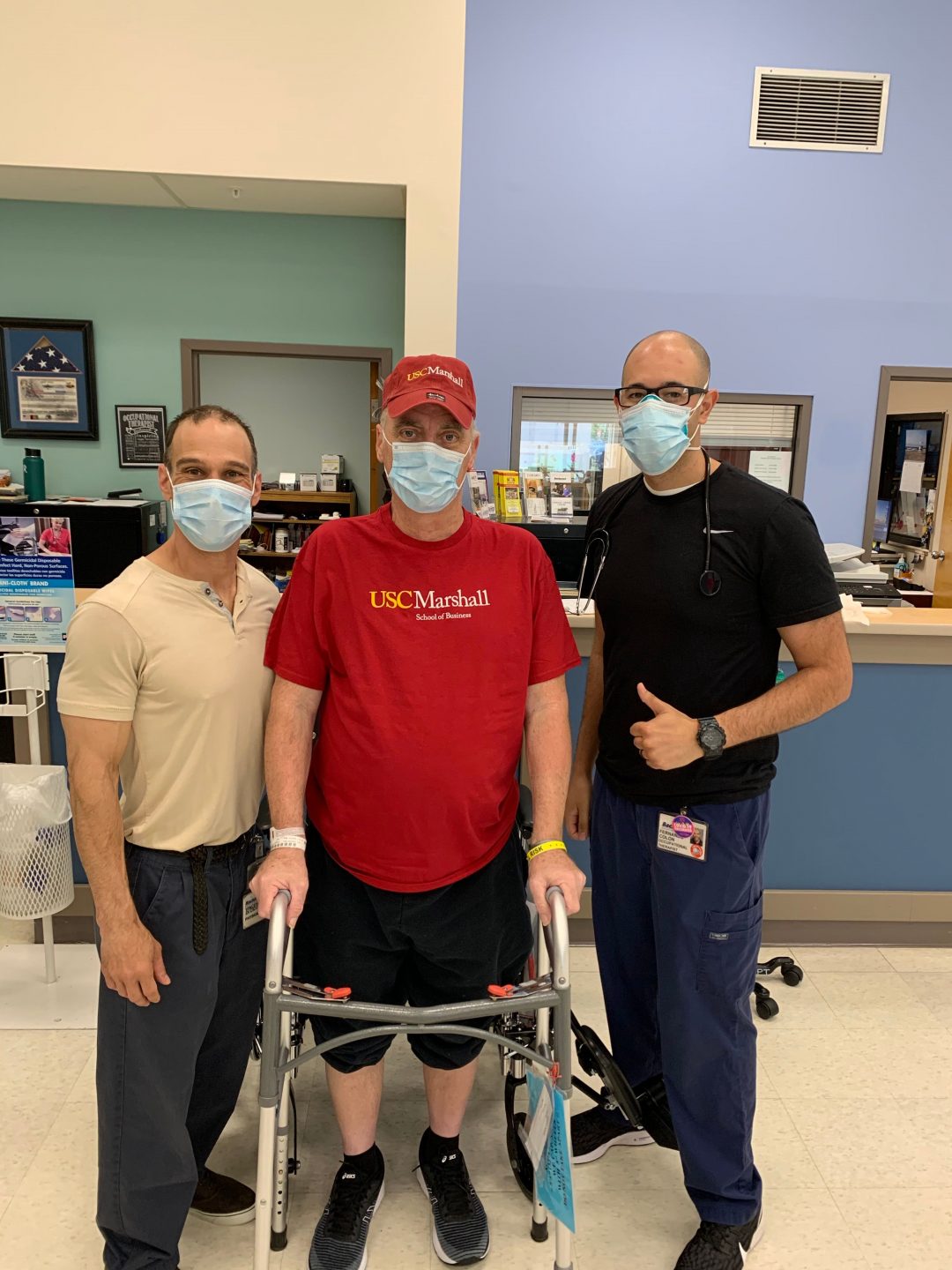 Greggory Reinbold missed graduation ceremonies for his first master’s degree because he was deployed to Djibouti in the Horn of Africa. So, he was looking forward to the ceremony for his second master’s degree, an MBV from the University of Southern California, Marshall School of Business, to be held May 17 at the LA Coliseum.

Instead, Greggory graduated remotely from his room at Bacharach.

He was living and working in California and studying USC but returned to New Jersey when classes became virtual.

Greggory’s ordeal began on Palm Sunday when he began to feel poorly.  By the following Tuesday, he felt bad enough that when his wife, Wendy, suggested they go to Urgent Care in Manahawkin to get tested, he agreed.

He tested positive, and made it through the week, but by Easter Sunday when his pulse ox had dropped to 86, Wendy insisted that they go to the Emergency Room and Greggory didn’t refuse.

“They took him in, closed the door, and I couldn’t go in,” said Wendy. “I talked to him Monday, but by Monday afternoon he had crashed.  He is 59 and this hit him like a mac truck.”

Soon, Greggory was on a ventilator, fighting a high fever, kidney complications and other ravishing side effects.

“The day he woke up, I knew I wanted him at Bacharach.  Our good friend Scott Barr was a patient there, and I knew what Bacharach did for Scott.”

“He (Greggory) is so strong.  From all his training in the military, when he has a goal, he is so driven. As soon as his therapist Vince DiCicco, PT, would give him goals, he would surpass them.”

Greggory said, “When I got here, I could do very little on my own.  Now I am comfortable going home.  In two weeks, I went from hardly able to stand to getting around comfortably with my walker.”

Even though his bout with Covid kept him in a coma for many days, Greggory’s grade point average was high enough that he was able to graduate despite the work that he missed. “There were group projects too, and my teammates really carried me.”

Congratulations to Greggory today, on earning his second master’s degree, and on his courageous journey to overcome Covid.