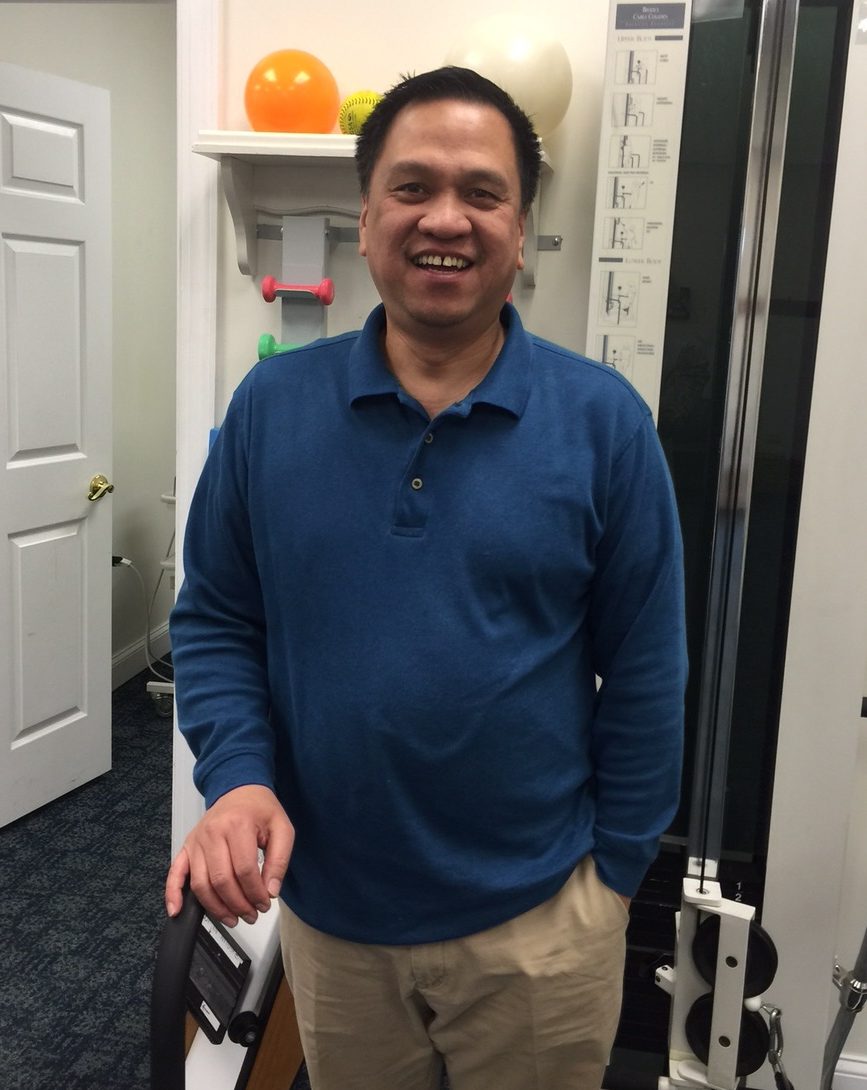 Charles Atkinson had a bout with viral encephalitis in 2014 and during treatment, doctors discovered a benign meningioma.

This damaged the brain stem and cerebellum which plays a major role in motor coordination and left him with ataxia.

Ataxia is the loss of full control of bodily movements.  It might be difficulty with fine motor movements, a change in speech or, as in Charles’ case, an unsteady walk, and a tendency to stumble.

Charles reports that he was actually falling 20 to 25 times per month in 2014.

He had fallen 38 times just in the calendar year of 2020 when he sought help from Harry Ferraren, PT, in September of 2020.

“Five years ago, I had an opportunity to evaluate and treat Charles for vertigo. He is by far one of the best and positive patients I have ever treated. Charles is also open and receptive to my recommendations when treating him,” said Harry.

“The moment that I saw him walk into the clinic I immediately knew what his issue was,” said Harry. “The first thing I did was check his balance and do a nudge test. Right then I knew what type of treatment was necessary. After the application of treatment Charles instantly began to walk almost perfectly.

“Harry observed and tested me.  He saw that I fall predominantly to the right and backwards.  So, he instructed me to get a belt with 2 lb. weight in two places, at the buckle and at the left hip,” said Charles.

“The weights are only 2 lbs. but it certainly seems to be enough to keep me from falling. I had one fall after seeing Harry but was not wearing the belt at the time.”

In August, Charles had 18 falls.  Then he began to work with Harry.

In September, he had 5 falls.

“I can’t describe how it feels to walk with some certainty after all these years,” said Charles.  “Harry is challenging me, which is great.  He is awesome!”

“Charles is still receiving physical therapy,” said Harry “so that we can continue to monitor his progress and modify treatment if necessary.”