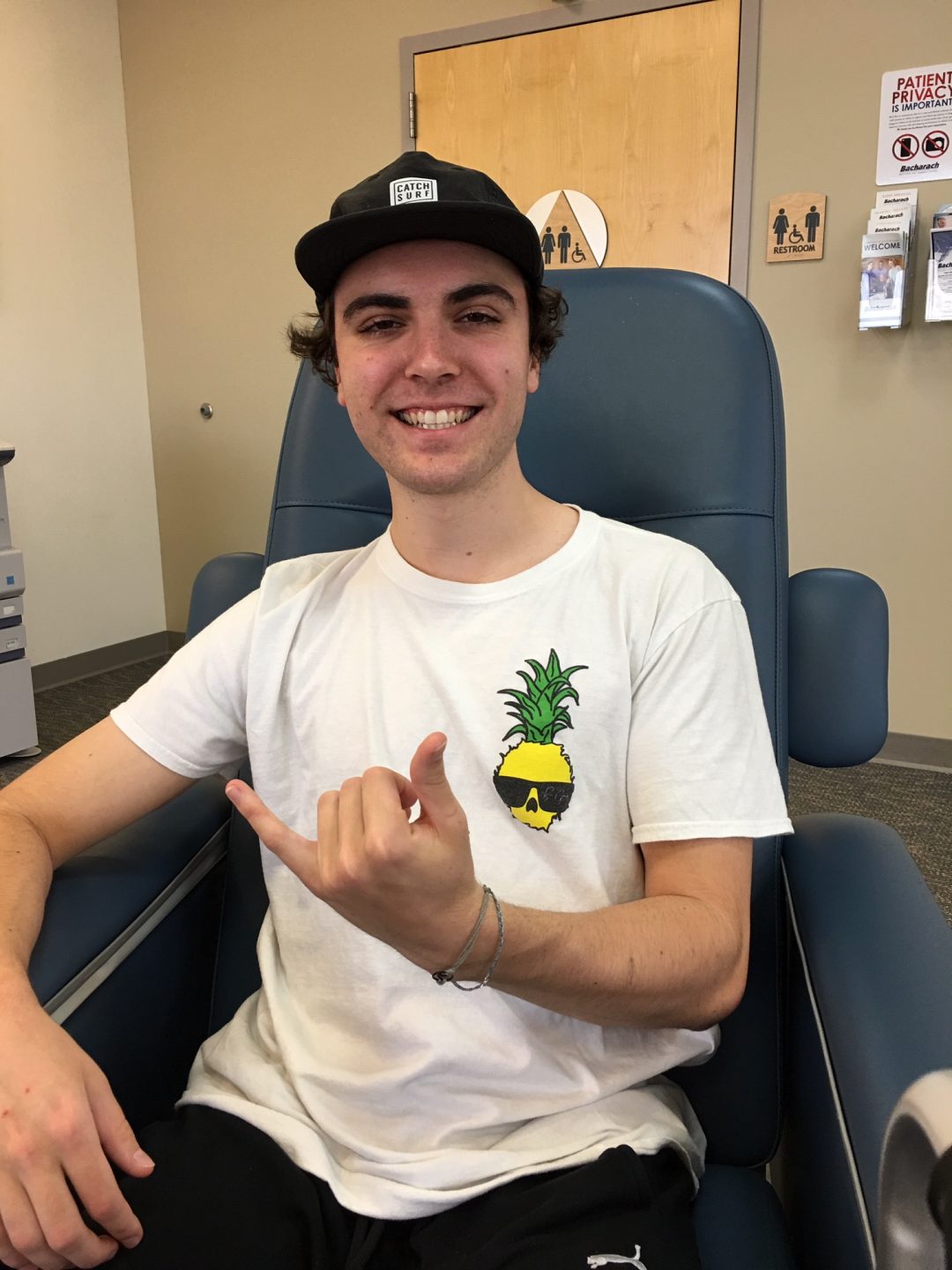 After a serious injury and an inpatient stay at Moss, Jason Kuharik began to come to Bacharach to continue rehab as an outpatient.

When he started in November, he was using a wheelchair, having trouble sitting independently, and according to Jason, “I couldn’t put my arms over my head.”

He was eager to return to the Lokomat, which he had used at Moss. His PT, Jessica Cybolski, was happy to comply.

He started with PT, OT and speech, and then added the therapeutic pool.

Where he was paddleboarding earlier this week.

And if that wasn’t enough, his dad created a gym at home in the space that was a workshop, and in his spare time, Jason works out, playing ping pong and hitting the speed bag.

Five and half months since he arrived here, Jason is walking, with a walker that he can’t wait to get rid of. And he is taking a college course online from UNCW toward his major of computer science.

And he can’t wait to get back to surfing.

His advice for people trying to come back from a serious injury is simple, “Just take it day by day. Just don’t stop. And always look at the positive side of things.”

To see Jason in action you can watch this episode from international surf legend and champion of positivity, Ben Gravy.