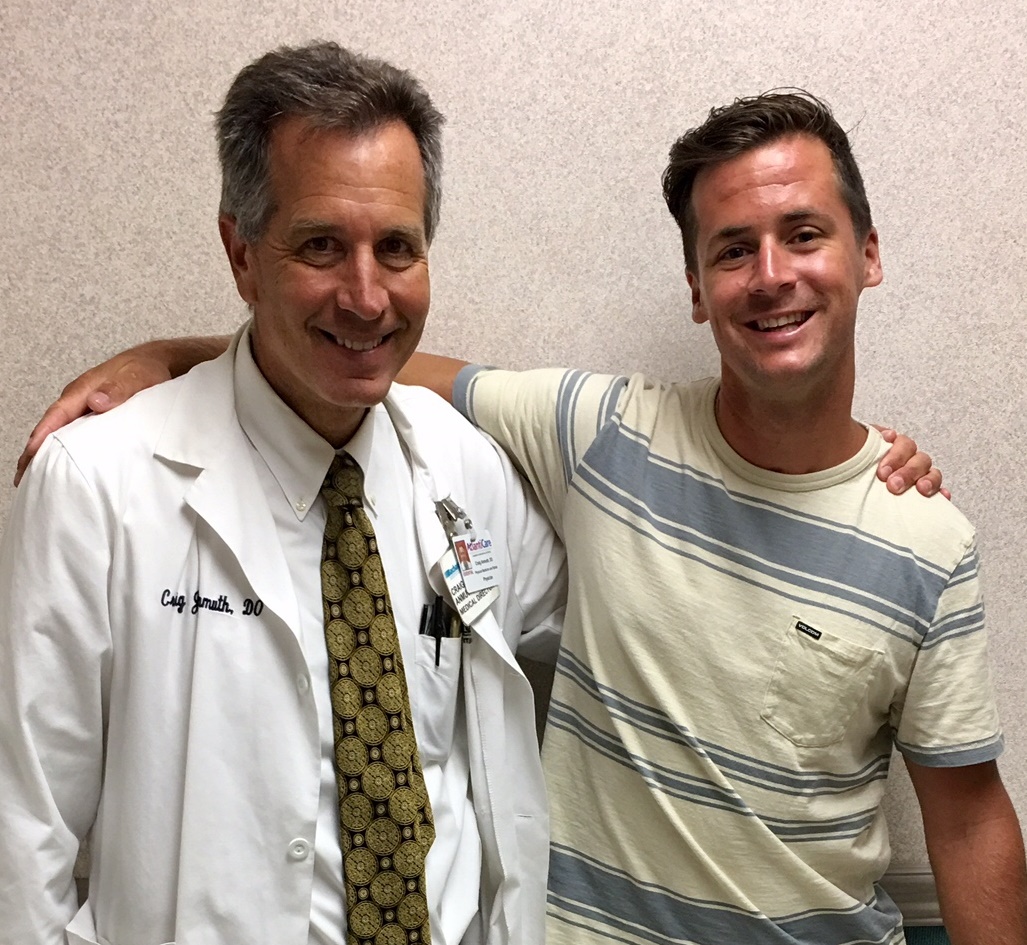 Jerry Griffin, 28, of North Cape May, was following his usual Sunday gym routine, lightly lifting weights when he suddenly blacked out and hit the ground.

“When I first came back to consciousness I was embarrassed,” said Jerry. “But then a bystander, who is a cop, came over and explained to me that I was having a stroke. He helped call my brother who drove me to the hospital.”

After spending a couple of weeks at Cooper Hospital, Jerry’s team of doctors recommended he continue his treatment at an inpatient rehabilitation program and Jerry’s family decided on Bacharach.

When Jerry began his rehabilitation he was paralyzed, had trouble swallowing and he described his speech as “sounding like a mouthful of marbles.”

As an inpatient in the CARF accredited stroke program at Bacharach, Jerry worked with a team of nurses, physical therapists, occupational therapists and speech therapists to address the effects of his stroke.

“Some of my therapy was very intense, for instance in speech therapy I was treated using vital stem therapy that helped me to swallow. While the treatment was very uncomfortable for me, I am very grateful to my speech therapist Alicia Spinelli, MS,CCC-SLP for helping me work through it,” said Jerry. “My biggest struggle was definitely dealing with Pseudo-bulbar affect, which is a condition that causes you to have severe emotional mood swings. I was very happy with the outcome of Bacharach’s treatments which really helped pave the way to my recovery.” 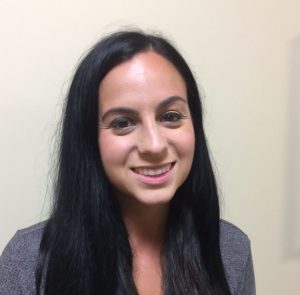 Jerry was able to make progress with the help and support of his Bacharach team—especially his therapists Dante Brunelli, DPT, Kristen Garland, DPT, and Jennifer DeFeo, OTR/L . Jerry’s team helped him meet his ultimate goal of being able to walk again. 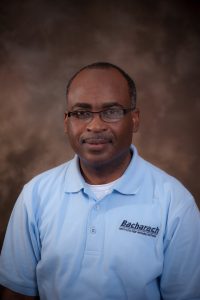 “I came to Bacharach basically paralyzed and being able to walk out on my own two feet was a thing of amazement,” said Jerry. “Bacharach helped me make a complete 180-degree turn.”

Jerry continued his rehabilitation through Bacharach’s Day Rehab Program. He went to therapy two days a week where he worked with Bacharach therapists, Mary Pat Johnson, PT, DPT and Clare McLaughlin, OT, before transitioning to an outpatient center closer to home.

Now Jerry works with James Aboderin, PT, at Bacharach’s North Cape May therapy center, to focus on running, balance, and agility training. “James is really helping to push me above the bar,” said Jerry. “I would definitely like to get back to normal life.”

Normal life for Jerry includes teaching preschool through second grade. He was motivated to become an educator by the inspirational teachers he had at a young age.  He hopes to be able to get back to the classroom one day soon.

“This stroke is not going to defeat me and I know that staying on a positive road is key to that,” said Jerry. “It is really comforting to know that I have a team of people at Bacharach who truly care about my well-being. I have already recommended Bacharach to other people seeking treatment because I am so thankful for the treatment I have received there.”