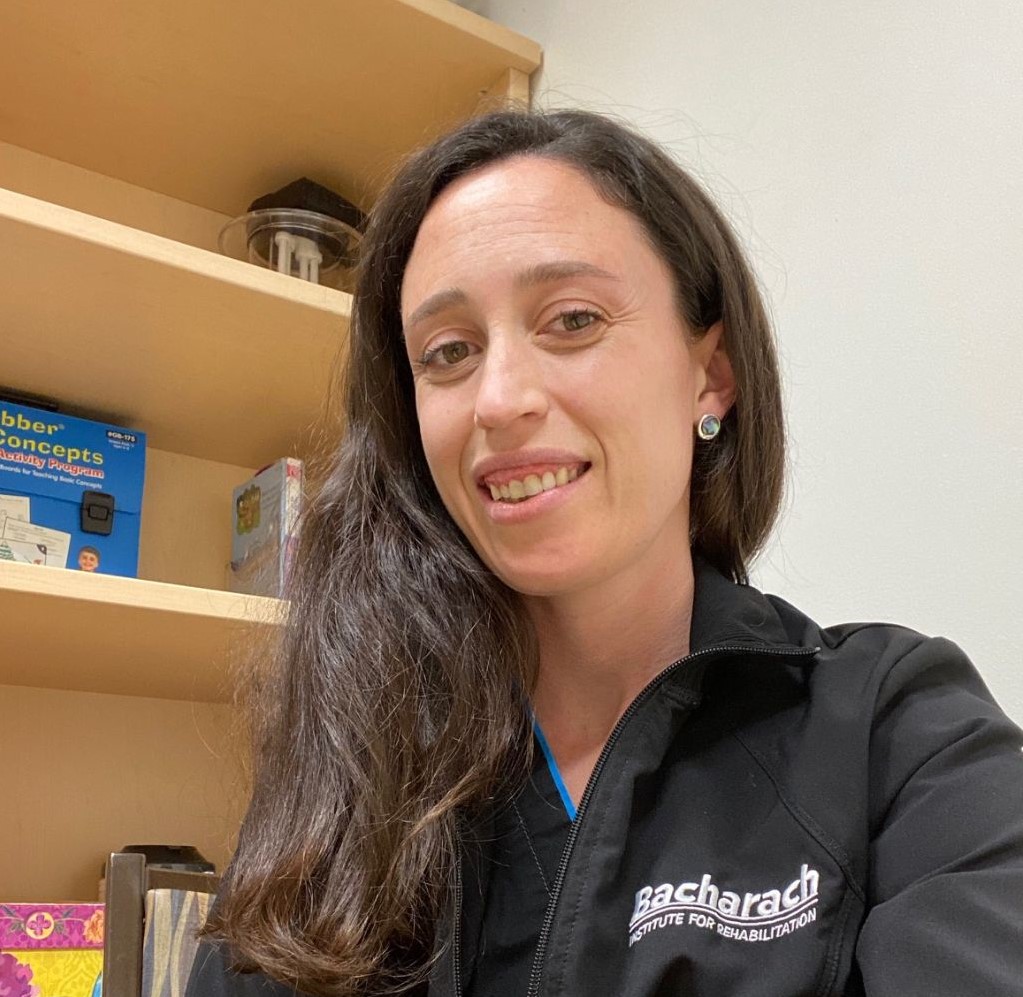 People with Wernicke’s aphasia have trouble with receptive and expressive language.  They frequently don’t understand what is said to them and don’t realize that their own speech is jargon (gibberish) rather than real words.

“I recently had a patient with severe receptive and expressive language aphasia after a stroke,” said Julia.  “He was speaking in jargon and he was not aware that he was doing that.   At first, he was also unaware that he could not comprehend others.  It is difficult to determine if this type of patient has intact cognition (e.g. thinking, memory, planning).”

“I realized that he had good cognition through nonverbal actions.  For example, he remembered me from the day before.  We treat in the patient’s room, and he independently set up the therapy table and brought over a chair.  Through testing, I discovered he could still read and write a little bit. He could write the first few letters of most words.  Since he could not speak or understand, I started doing therapy in writing.  I would always give him a pen and paper.  We used a multi-model approach to communicate.”

Using that approach, she said, “He made progress. He started to have clear words mixed in with the jargon.  He became adept at using gestures and written words to compensate for his deficits.”

As for treating patients with receptive language deficits, Julia says, “It can be challenging and frustrating for the patient.  In this case, my goal was to help him improve awareness of his language problems and compensate in order to decrease the caregiver burden for this patient.”