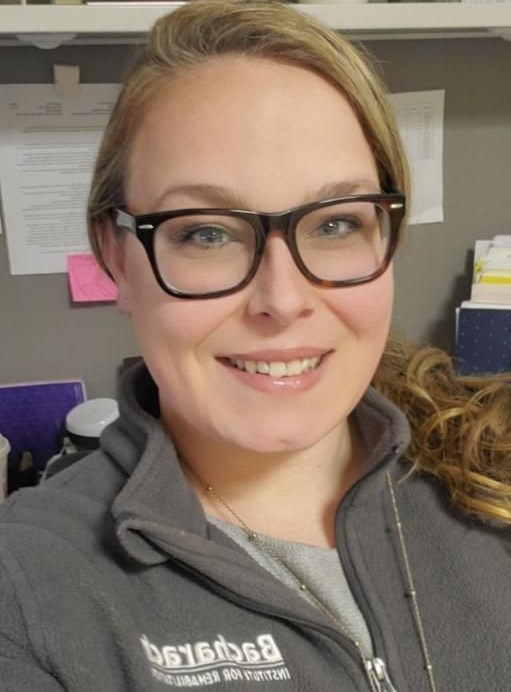 Congratulations are in order for Laurie Josephsen, as she celebrates 13 years at Bacharach, and a world’s record for the number of different jobs she has performed there.

“I first got hired as a temp for the operator’s desk. Actually, the job was offered to my twin sister, but when she got the call she had a job, and I had just been laid off, so I said, ‘I’ll take it!’ ”

“When the night operator retired, I took that job and was there for about 3 years.”

“Next, I worked in Inpatient Admissions. From there, I went to North Cape May. I opened North Cape May and was with James for two and a half years.”

In addition to her full-time work at Bacharach, Laurie was also serving with the New Jersey Army National Guard’s 150th Engineer Company. A busy woman. 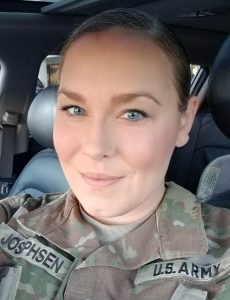 “After I was deployed to Afghanistan for 12 months, I came back to a job in Registration, where I worked with Betty Lyons.”

Next, she took a position in the Business Office as an Account Representative.

“Then this position for Ambulatory Care Coordinator opened up, and all of my experience in understanding benefits, authorization, insurance, scheduling, billing, and customer service added up.”

“Now I work with Fran Putney, Kim Helmar, and Barbara Bush. I have found my niche!”

“The best thing about working at Bacharach is the environment. The people I am with for 40 hours a week become like family –  it’s truly a family here. I’ve worked tons of jobs before, and you’re not going to find another place like this.”