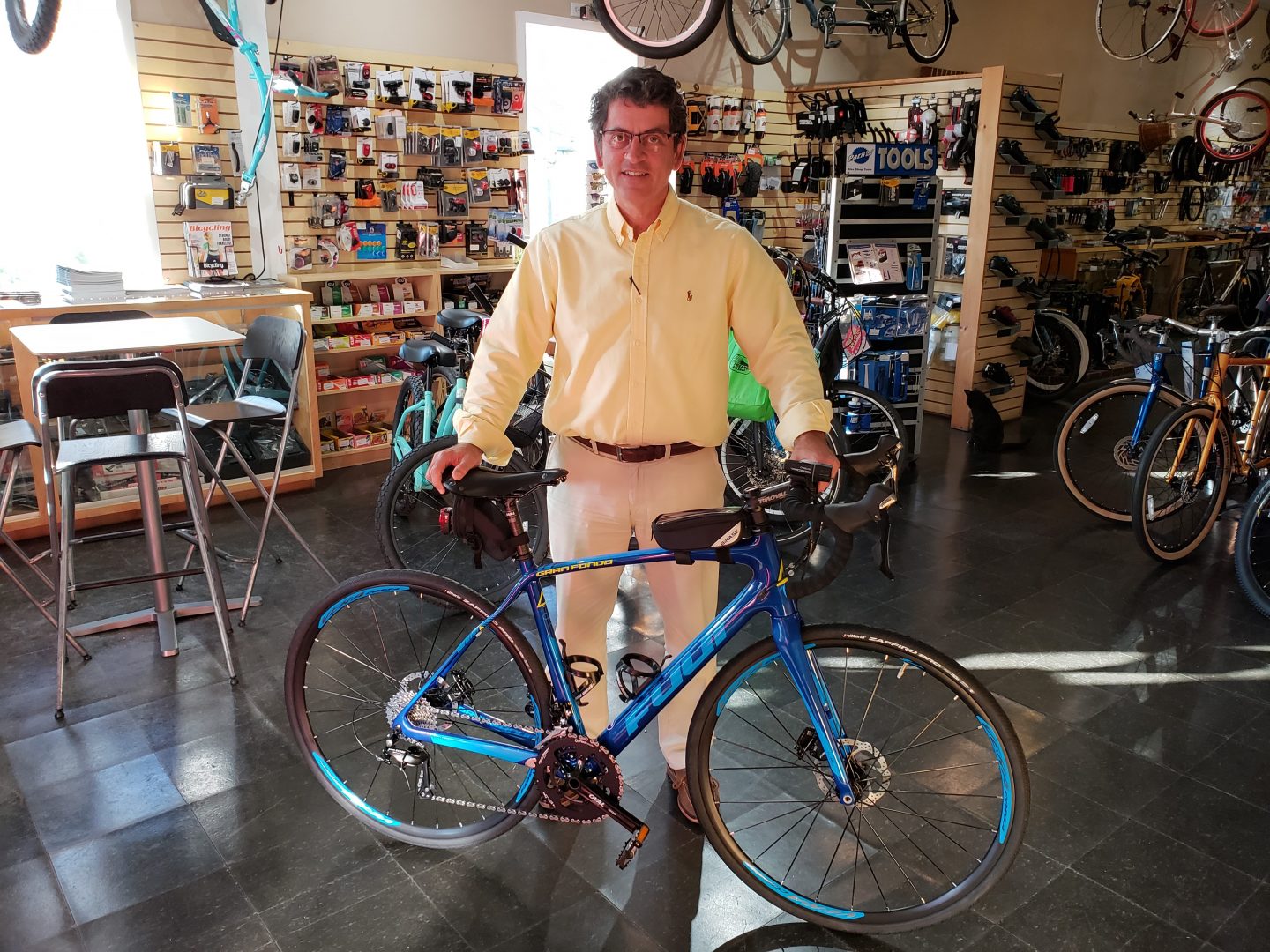 While Steve Barse’s bike ride on the Longport Bridge over Labor Day Weekend could have ended in tragedy, all the stars were aligned.
In recent years at the advice of his doctor, Steve, 61, took up bike riding to get into better shape and lose weight. On the Sunday of Labor Day Weekend, he and his cousin Marco ventured out on a long bike ride – from Ocean City to Gardner’s Basin in Atlantic City. On the way back, he was cruising over the Longport Bridge and made it to the top. The last thing he remembers is waving to Marco.
And Marco recalls seeing Steve making it to the top of the bridge and waiting before he completely fell over!

As luck should have it on one of the busiest days of the year, all the “right” people just happened to be on the bridge within minutes, in time to help Steve.
There was a woman driving over the bridge who stopped and helped and a nurse who initiated CPR. Then, an Egg Harbor Township police officer arrived and continued CPR. To top it off, two Ocean City police officers arrived at the scene just as Steve was going into cardiac arrest and provided a defibrillator. The odds were in Steve’s favor.
Steve was rushed to a nearby hospital where he was treated with stenting for 100% LAD blockage, then transported to Penn Presbyterian Medical Center in Philadelphia where he was admitted to the ICU.
Steve’s health was seriously compromised. He was on life support and remained in a coma until September 10. There was even talk about going on a heart transplant list.

Back home in Vineland, his parish held a prayer service with over 100 people in attendance. That evening, Steve made a miraculous turnround and his heart began to function normally. He was removed from the ECMO machine a couple of days later but remained in a coma.
Steve’s wife Patty was determined to wake him from the coma. She took his hand, said prayers and continued to tap the palm of his hand. “Stephen wake up, Stephen wake up, I’m not stopping until you wake up,” she said. A few minutes later, he opened his eyes!

Steve was discharged September 21 and chose Bacharach for his post-hospital rehabilitation.
“The answer was clear where I wanted to go. Bacharach has an excellent reputation and I also know and respect Ronn Franceschini – the person in charge of cardiac rehab,” says Steve.
Steve was admitted to Bacharach’s CARF-Accredited comprehensive inpatient rehabilitation program where he received three hours of individualized therapy five days a week under the guidance of a physiatrist-designed plan of care.
Steve recalls the first time the PT asked him to walk without a walker.

“It was like I never walked before,” he said. After undergoing various PT activities and exercises, Steve regained his balance and became comfortable walking again. He received occupational therapy where he practiced getting in and out of a car and a shower, and learned techniques to minimize falling and dropping things.
“Bacharach’s staff was very friendly and compassionate; they would joke around and make me feel comfortable. It was a very upbeat, positive environment. I’m very happy I chose Bacharach – it’s everything I could have asked for.”

Upon discharge from Bacharach’s inpatient unit, Steve received myofascial release, a type of physical therapy at Bacharach’s outpatient Vineland location. “Kristin, the PT, was terrific. The therapy was very helpful and over time I did not have the feeling like I had a lump in my throat when swallowing – caused by a tracheotomy.”
Now that Steve is feeling great again after rehab, he’s itching to get back on his bike.
“I’ll likely start out a little more cautious and take shorter bike excursions,” he says.