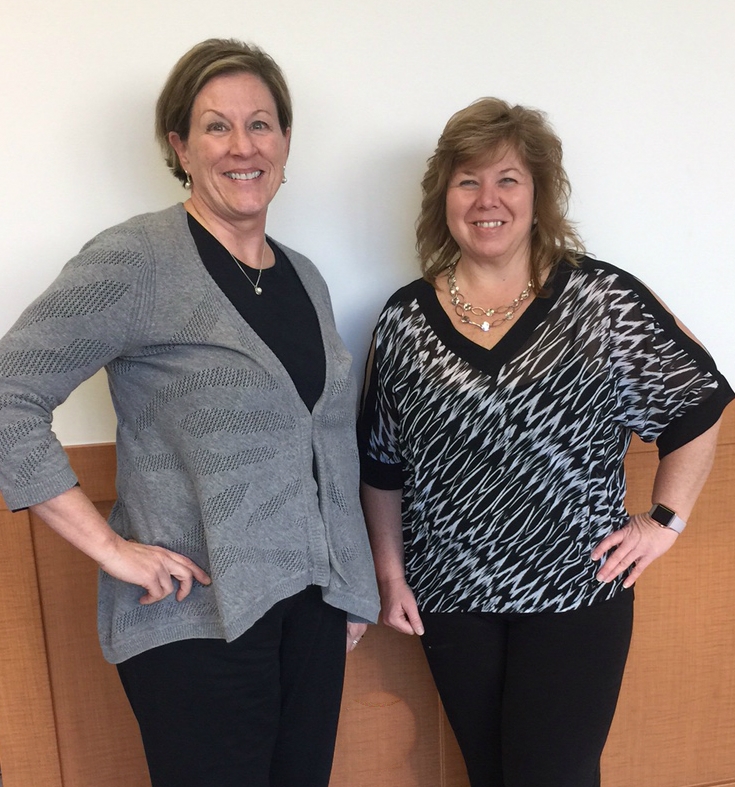 Stephanie Perez, MS, RDN has no trouble at all explaining why she became a Registered Dietitian.  “I was in my first year of college at Penn State, studying to become an environmental scientist, but I become ill, and in the hospital learned that I had Type I diabetes.

I still remember my shock when the dietitian at the hospital told me an orange is a carbohydrate – but my change in major was thus determined.”

So she switched to studying nutrition, and went on to earn her Master’s degree at Central Michigan University – no easy feat as a young mother– and by 1995 she had become a Registered Dietitian.  She will celebrate her 14th anniversary at Bacharach in September. She received a surprise honorary recognition at the last Food and Nutrition Expo held in Philadelphia for being in her 25th year as a member of the Academy of Nutrition and Dietetics.  Way to go, Stephanie!

“As dietitians in a rehabilitation hospital, we get our joy from seeing people progress from day one through the end of their stay. On day one a patient may be exhausted, having swallowing difficulties, and facing the stress of dietary changes.  But we cheer them on as they make gains, especially those people who say they don’t want to eat but they are eating because they know how important it is.”

Stephanie has completed the first course on Adult Weight Management offered by the Academy of Nutrition and Dietetics and is enrolled in the second program.  “It is so hard for someone who is used to eating large quantities to learn to eat differently, and having the skills to help them cope with this change is very helpful.”

Her colleague, Susan Diniz, was working at Prudential when she learned that the work force would be relocated.  She decided to act on the opportunity for a career change, and after being informed by her doctor that she had high blood sugar, she decided to enroll in Camden County College to become a Dietetic Technician, Registered.  Armed with her Associate’s Degree, she landed a job at Absecon Manor, an area nursing home.  She learned about care plans, food service, nutrition assessments and more before coming to Bacharach in 2008.

A few years later, it was back to school for Susan, who will finish her Bachelor’s Degree in Nutrition in December of this year.  Once she graduates, she can sit for her boards and earn her credential of RDN.

Both Stephanie and Susan agree that the excellent food served at Bacharach makes their job easier.

“The food is wonderful here, and our patients tell us that all the time.  Our dietary staff is very good at what they do, and we really appreciate it,” said Stephanie.