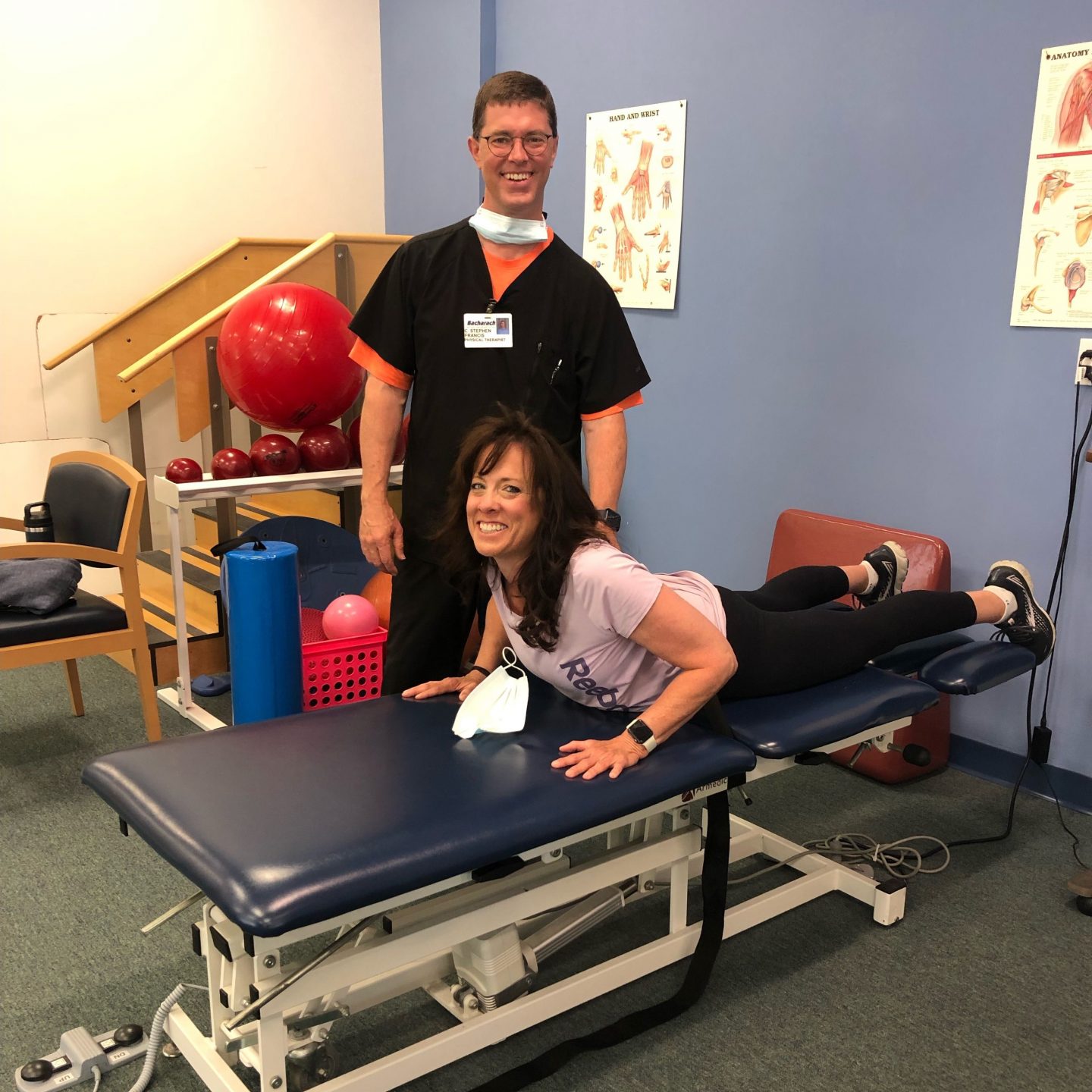 An avid and dedicated bootcamp enthusiast, MB endured years of lower back pain but kept up her schedule of 3 or 4 workouts each week. Then suddenly the pain became so bad that she went from 3 or 4 days of hard bootcamp workouts to zero.

“No rest or stretching gave any relief,” she says. “I went to a chiropractor, and it got a little better, but the chiropractor said I should see an orthopedist. Finally, after an X-ray but denied an MRI by my insurance company, I was approved for six physical therapy visits.”

She walked into the Bacharach Physical Therapy Center, which was next door to Southern Fit, the gym where she did her bootcamp workouts.

“I was assigned to Steve Francis. Steve did an evaluation and sent me home with exercises to do. Already the pain was less. After my second visit, the pain was significantly better. Steve explained to me that the disc fluid in my spine was not uniform. There was more fluid to one side creating pressure on the nerves.”

Steve is a proponent of the McKenzie Method® of Mechanical Diagnosis and Therapy® (MDT). “The 10,000-foot view of the McKenzie Method is that you are first clearing the spine; making sure it isn’t contributing to the patient’s complaint,” said Steve. “Over the years, patients have said ‘My shoulder hurts, my elbow hurts, my knee hurts.’  Yet, it is remarkable how often the spine was the primary cause of their complaints. The therapist first sees if there are certain motions that alter the patient’s complaint, thus proving complaints are spinal generated.”

The exercises Steve gave MB were designed to reposition the fluid in the disc. They included using the ‘cobra’ yoga position, while from a prone position as well as standing, leaning backwards while supporting the lower back to retrain the area of dysfunction. 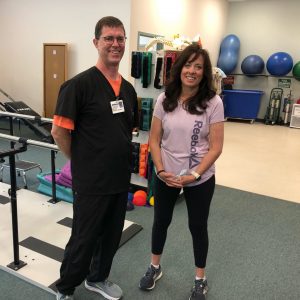 “Steve is excellent,” says MB. “I have not been this pain free in years.”

After 6 sessions, MB returned to bootcamp, and has nearly completed her physical therapy course with Steve.

She highly recommends the MDT approach to evaluating and treating lower back pain.