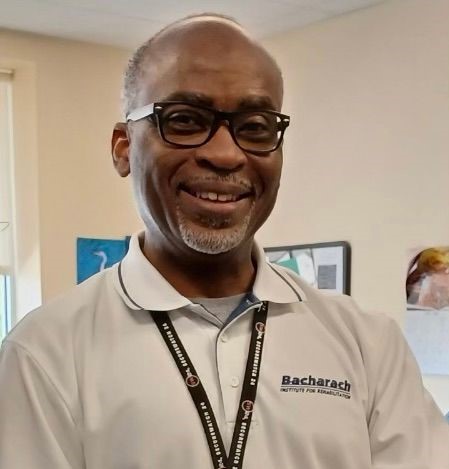 When he was a student at the College of Medicine of the University of Lagos in Nigeria, James Aboderin was looking for an easier and shorter alternative to spending a chunk of his life in school to become a physician, when he learned about a physiotherapy program.  He thought it looked very boring initially, but little did he know that he would grow to love it and that it would change his life.

Around the time he graduated, physical therapists were in great demand world-wide.  There were not enough PT schools, and providers in the United States were recruiting physical therapists from other countries. So, in 1988, James had a phone interview and was hired.  It was his chance to come to the United States, so he accepted the job and moved to Lakewood, New Jersey.

Though English is official language of instruction in Nigeria, James was quite shocked at how different American English was. At one point while he was teaching a class of CNAs in a skilled nursing facility, totally unaware of how difficult to understand both his accent and diction was, he was shocked when a woman in the front raised her hand and said, “We didn’t understand a thing you said!”

He worked in the Lakewood -Toms River area, as well as the Pleasantville – Atlantic City area for a number of years,  before going into private practice in Absecon for 5 years. Then he went into private practice in Absecon for 5 years.  He joined Bacharach Institute in 2010 working at the Atlantic City outpatient clinic, while also floating at some of the satellites, including Manahawkin and Mays Landing.

When the chance to become the director in the brand-new North Cape May location arose, James was excited about the prospect, especially since it involved the actual setting up and starting up.  “My experience in private practice made the opportunity intriguing and challenging,” he said.  “It was like opening a private practice while proudly representing a well-known organization.”

“I find working in North Cape May most satisfying.  The people are very warm and folksy, they see you years later and say, ‘You were my therapist!’ and next they start showing you body parts or joints you treated!  We have many return clients, who come back solely based on previous experience.  They frequently recommend us to neighbors and family and friends.  Sometimes a doctor would recommend a particular PT clinic, but the patient would refuse and come to us instead.” 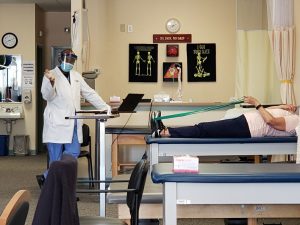 “We treat every physical therapy condition, but I particularly enjoy geriatrics – neurology and orthopedics, which through the years have evolved and now include management of balance dysfunction and so much more.  The more challenging the case, the more I am interested,” said James.  “When I can crack the code and help the patient, it is most rewarding.”

“I just enjoy working with people and I want everyone around me to feel vivified and upbeat.”