News
Rob Weiss, PT, DPT Took the Long Way to the Career He Loves
in Employee Spotlight on Sep 20, 2019
Share 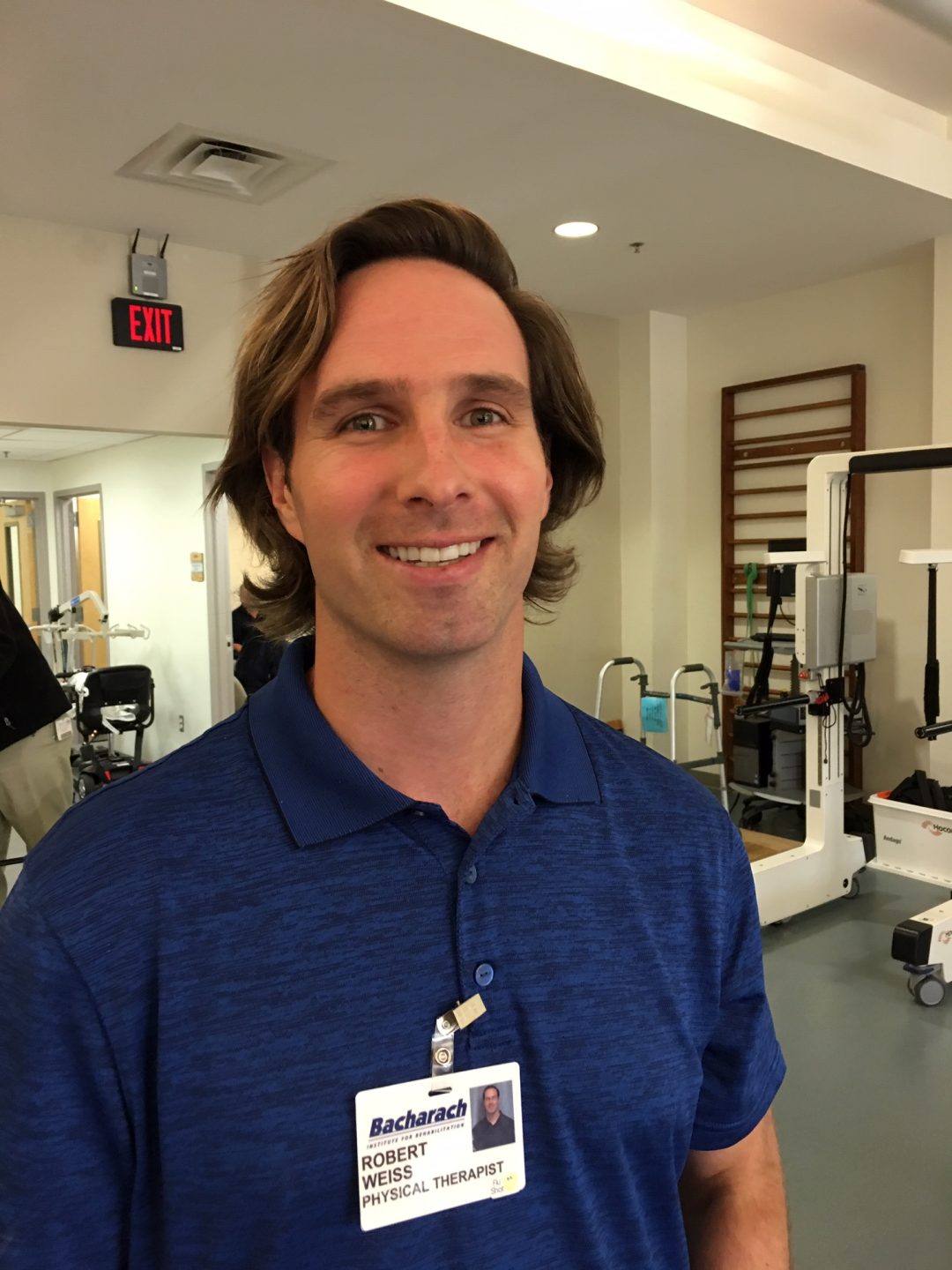 Rob Weiss, PT has an interesting career path. Before joining the Bacharach Physical Therapy team nine months ago, he worked in finance on Wall Street.

After graduating from Mainland Regional High School in 2004, Weiss attended Brown University, majoring in Economics, while playing on the university’s football team.

“I wanted to play Ivy League football and my older brother was a finance guy,” he explained when asked how he ended up at Brown.

He put his economics degree to use and spent a year working in New York City. But, deep down he always knew finance wasn’t the right fit for him.

Trying to Figure it Out

“When I left New York, I went to California for two years. I was just still trying to figure it out,” Weiss said. “I worked in wellness and thought I might do something in strength and conditioning.”

After getting advice from his old strength and conditioning coach, Weiss made the decision to try a career in physical therapy.  He graduated from Stockton University physical therapy program in 2018.

“Being a former athlete and having injuries, I thought this would be a good career path,” he said. I liked the idea of helping people.”

The Old Guy on Campus

Weiss said the transition from finance to physical therapy was smooth, although he joked about being older than the rest of his classmates.

“It wasn’t difficult for me to go back to school. I enjoyed rehab and anatomy. Studying what you want to learn about makes things more interesting,” he said. But instead of being the big man on campus, I used to say I was the old guy on campus.”

Although he said he does not miss being in finance, he is able to use his past experience in his current role.

“Having worked in finance has helped a lot when it comes to managing things and time management,” he explained. “I don’t miss the industry, but it has made me appreciate what I do now. Physical therapy is more rewarding than crunching numbers.”

Weiss said what he enjoys most about being a physical therapist is meeting patients where they are when they start therapy and helping them progress during treatment. He also enjoys being able to work in the area where he grew up.

“I always find some type of connection to the patients,” he said. “It makes it easier to relate with people.”

Moving forward, he hopes to continue improving his skills to become a physical therapist people would recommend.