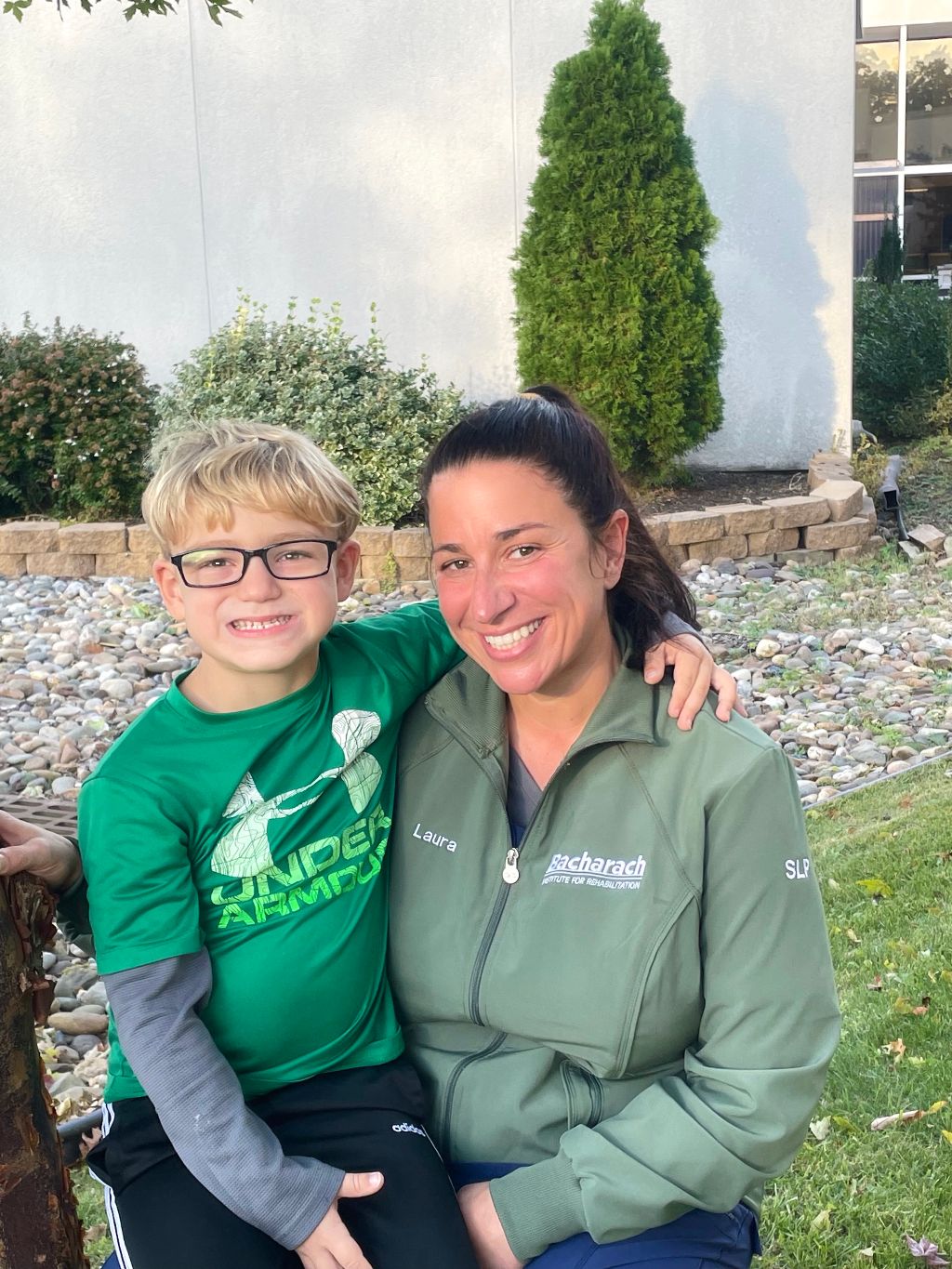 Kindergartener Ryan Barsuglia has been seeing speech therapist Laura Gentile, MS, CCC-SLP, since he was two.

Says Marina Barsuglia, Ryan’s mom, “We are so blessed to have Laura in our life!” 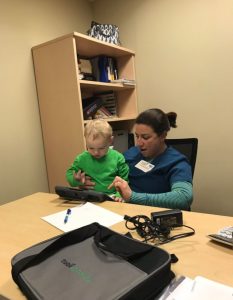 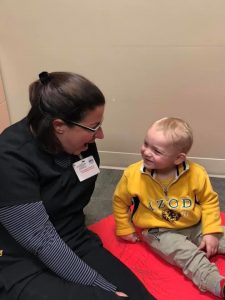 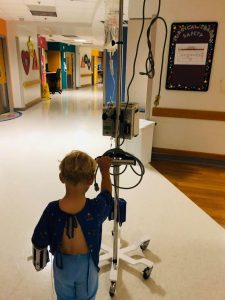 Ryan has Beckwith-Wiedemann syndrome, which causes a wide array of problems, from macroglossia (large tongue) to body and organ asymmetry. Having a large tongue can affect eating, swallowing, breathing and of course, speaking. To correct these issues, Ryan has undergone two tongue reduction surgeries.

Laura has worked with Ryan through both.

“Prior to the second surgery,” says Laura, “We were using an AAC (Alternative Augmentative Communication Device) because Ryan was unable to talk effectively due to oral motor impairments. Feeding and talking were major challenges for Ryan.”

Ryans’ mom Marina says, “We got and used a Tobii Dynavox communication device through Bacharach. But we don’t have to use it much anymore because he is speaking and communicating really well thanks to Laura.”

The Second Surgery Was Successful

Following the second tongue reconstruction surgery Laura says, “Ryan was more successful with verbal expression, tongue movement and eating. After his second surgery-and obviously, recovery-the target of therapy has been verbal expression and oral dysphagia. He has a lot of scar tissue in his tongue; so that limits his overall range of movement.”

“We’re very lucky that he is here, with all he has been through, “says Marina. “But he is so strong. At 10 months old he carried a 5 lb. bag of sugar across the room. He’s just an awesome kid and he has personality for days.”

“Once Early Intervention ended, Ryan went right into school,” she says. “Now, he is excelling wonderfully in Kindergarten in the Beuna Regional School District.”

Laura agrees. “Ryan is doing amazing. Nothing holds him back. He works so hard and is always smiling and making those around him laugh. It has been amazing witnessing Ryan overcome all these challenges and master skills!”