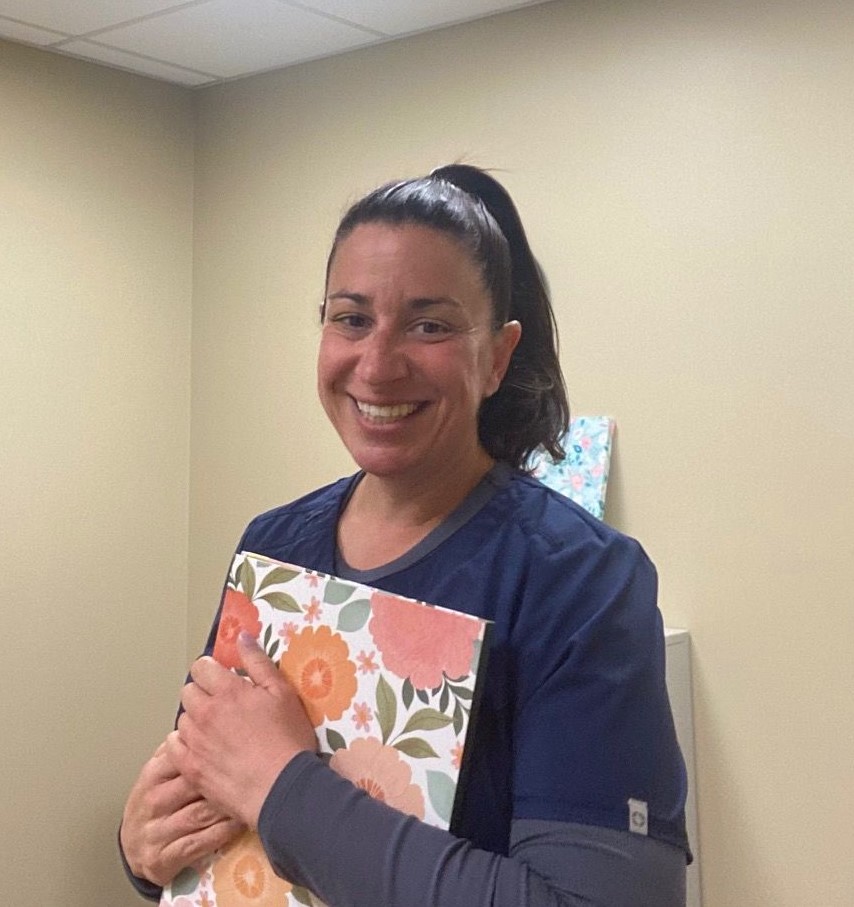 Laura is currently treating a young man who has suffered three strokes.  His third stroke strongly affected the language portion of the brain, causing aphasia and apraxia. Aphasia is difficulty with word finding and comprehending spoken language, apraxia is a motor planning deficit.

“This young man is a great patient, really motivated to improve.  He was able to communicate somewhat – for example he was using the emojis on his cell phone.  He would show me the sushi emoji on his cell phone to tell me he had sushi.”

His ability to utilize his cell phone to aide in communication showed Laura that the patient was a good candidate for using an Alternative Augmentative Communication device, or AAC.

“We trialed a bunch of them. (AACs).  Since he is young and has good vision, I wanted the one that is the size and shape of a cell phone.” 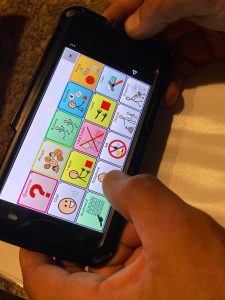 This Novachat AAC device is about the size of a cell phone.

Once Laura and the patient decide on the best AAC device, the process begins.   “We do a trial using a loaner device from the company.  Then the therapist does a full evaluation which is submitted to insurance.  The insurance review can take months, but in the end the patient was approved for the device.”

“With the AAC device, he can tell a story, order food at a restaurant, use full sentences and tell jokes.  Instead of just pointing to an emoji, he can elaborate.  On his device, there is a little section for jokes, and he likes to show us a new joke.  Life is more enjoyable when we can communicate.”