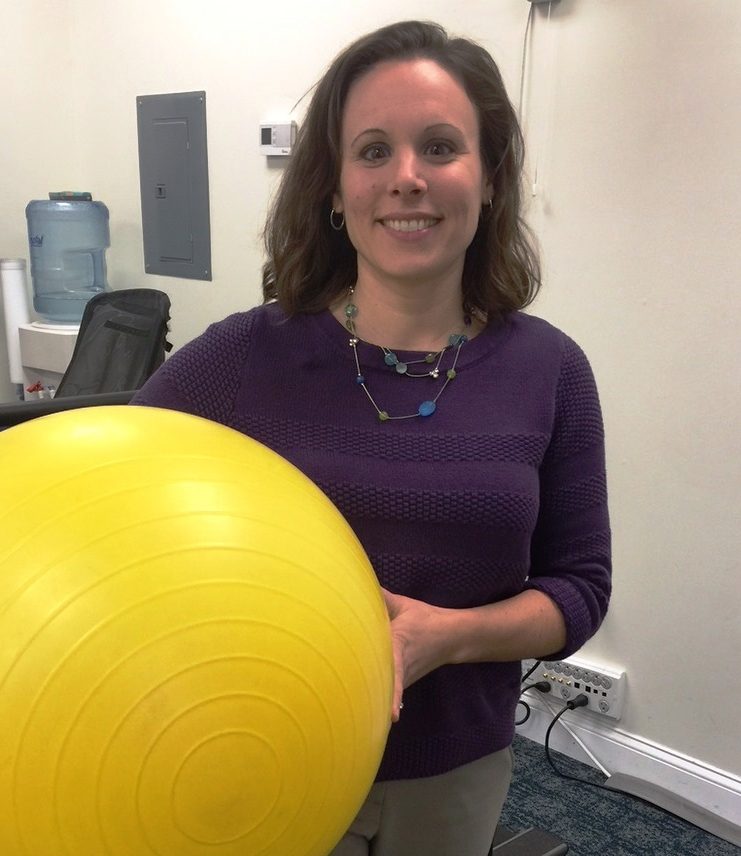 October is National Physical Therapy month. Throughout the month we will be spotlighting different physical therapists and PT-specific programs that help our patients get back to doing the things that they love.

“I realized that I wanted to be a physical therapist after I volunteered at a PT clinic,” said Kimberly. “I really liked being able to help people get better and make a difference in the way they could move and function.”

While working at Bacharach, Kimberly has developed a passion for helping those who are suffering from Parkinson’s disease, which affects as many as 1 million Americans and 10 million people worldwide, according to the Parkinson’s Disease Foundation. For the past five years, Kimberly has run a class every Tuesday from 11 a.m. to 12 p.m. for people who suffer from any level of Parkinson’s. The class was inspired by a patient Kimberly was treating periodically for the disease.

“The class is a great way for Parkinson’s patients to get exercise,” said Kimberly. “As Parkinson’s progresses, movements like walking and handwriting may become slower and smaller, making them more difficult for many patients. The main focus of the class is stressing big movements which can help to improve speed and balance. The class also serves as a support group because it gives people with Parkinson’s an opportunity to talk to someone else with the disease.”

Thanks to Kimberly, the Tuckerton satellite campus is also offering a new form of Parkinson’s physical therapy. She recently received her LSVT BIG certification, which allows her to treat Parkinson’s patients using a series of exercises that focus on big movements and are tailored to the patient’s specific needs.

For more information on Bacharach’s Parkinson classes and therapy call 609-294-2010.