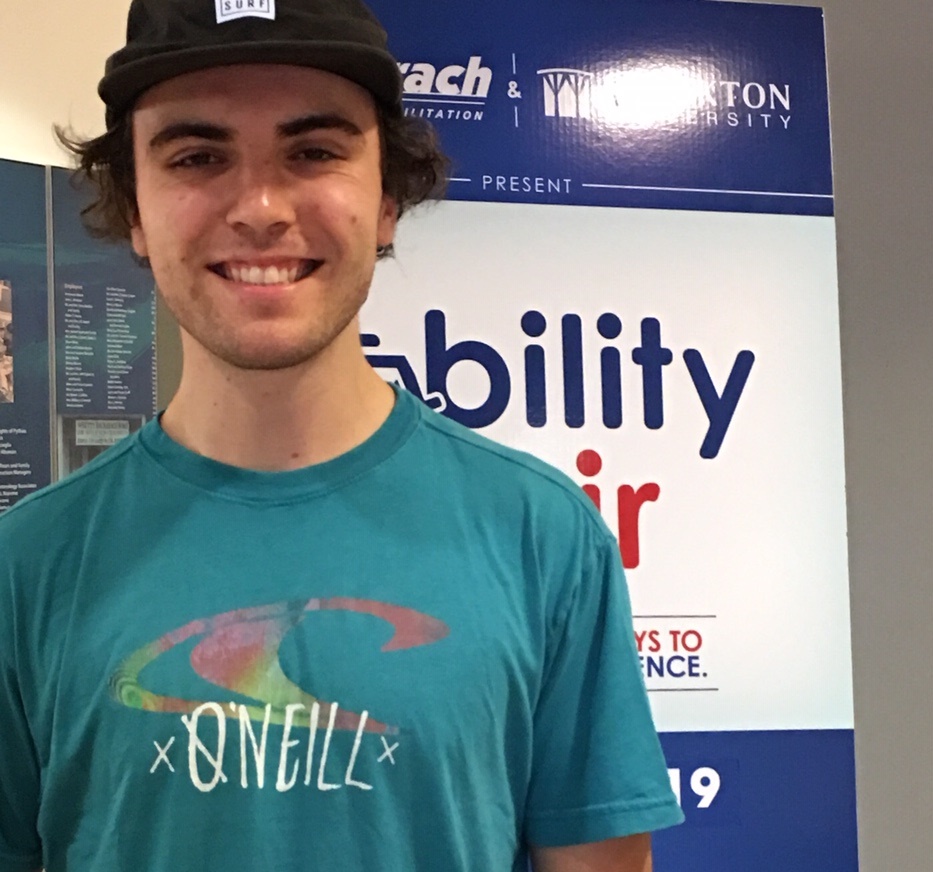 Jason Kuharik is determined to get back to doing what he loves the most: surfing.

And with the amazing progress he’s made from his outpatient rehabilitation therapy at Bacharach, he’s well on his way.

After suffering a traumatic brain injury from an accident he sustained in July of 2018, Jason first arrived at Bacharach on November 8, 2018 – in a wheelchair, unable to push himself.

“I take it day-by-day and try to stay positive,” says Jason.

Jason goes to Bacharach for treatment twice a week, four hours a day for outpatient therapy.

Jason says that one key “take-away” from his experience is that “you can’t say the word ‘can’t’ because it automatically gives your brain the thought that you can’t do something.”

It’s no wonder that Jason has earned the title of “unstoppable Jason” at Bacharach– for his strong mindset and incredible progress.

Jason’s positive outlook and perseverance is serving as an inspiration to others.  He recalls how he recently connected with another Bacharach patient around his same age. “Usually the patient was unhappy but he was in a good mood and actually complimented me on how I’m doing.”

Jason offers a piece of advice to people who are going through a severe injury. “Keep going forward, don’t stop your effort and stay positive – you’ll get there.”

Join Jason at Bacharach’s 5th Ability Fair on Wednesday, July 24 at Stockton University, where he will cut the ribbon during the opening ceremony.